The Global Hotel Industry: the Market

The Global Airline Industry: the Market 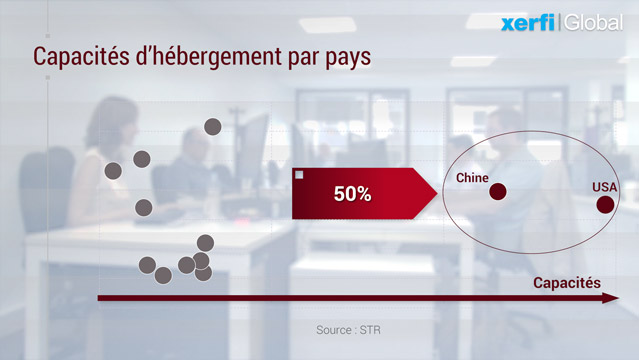 Exclusive extracts from this 110-page-long report:

- What is the business?

The vast majority of hotels in the world are still owned and operated by the same company. This is the historical business model of the industry. Over the course of last two decades, the world's largest hotel chains have however been shifting towards more asset-light business models, leaving third parties to take on all the risks and costs of real estate to focus on either hotel management (daily operation of a hotel in exchange for management and performance fees) or hotel franchising (provision of marketing and distribution services to third party hotels in exchange for royalty fees). […]

- What are the main markets?

The top 20 markets generate about 80% of global revenue, with the US and China accounting for about half of global room capacity. These two countries will be the main contributors to the expected increase in room count in the coming years. Emerging markets such as India, Brazil and South Korea will also see substantial additions in the future, although they will still remain secondary markets. Chinese tourists are the main contributors to the global travel boom. The number of mainland Chinese tourists jumped from less than 50m in 2009 to over 150m in 2018 thanks to China's fast growing middle class and its growing appetite for international travel. Neighbouring countries such as Thailand, Japan, South Korea and Vietnam have been the biggest beneficiaries, while the US, Italy, France and Germany were the most popular destinations outside the Asia Pacific region.

- How intense is competition?

Competition will remain fierce in a fragmented market where smaller players can thrive with a niche positioning. Competition from private rental platforms such as Airbnb may have peaked in international cities, but there is still plenty of room for them in second tier cities and emerging markets. Online travel agencies, which account for over a quarter of all bookings in Europe, are expected to make further inroads. This will weigh on room rates. Bringing customers back to direct sale channels will remain a major challenge for hotels, having mostly failed to do so thus far. […]

What is the collection Xerfi Global ?

The Global Airline Industry: the Market